180g white reissues of Lullabies in a Car Crash and Forever Comes to an End is now available. Both albums are delivered with original artwork and white vinyl with the original masters.

The signed pre-orders are out of stock but the albums are available from all major retailers and your local record shop. Also available from the official Bjørn Riis Bandcamp page and my record label Karisma Records.

There are two new t-shirts available to commemorate the releases, with new designs based on original album artwork. Order from Karisma Records. 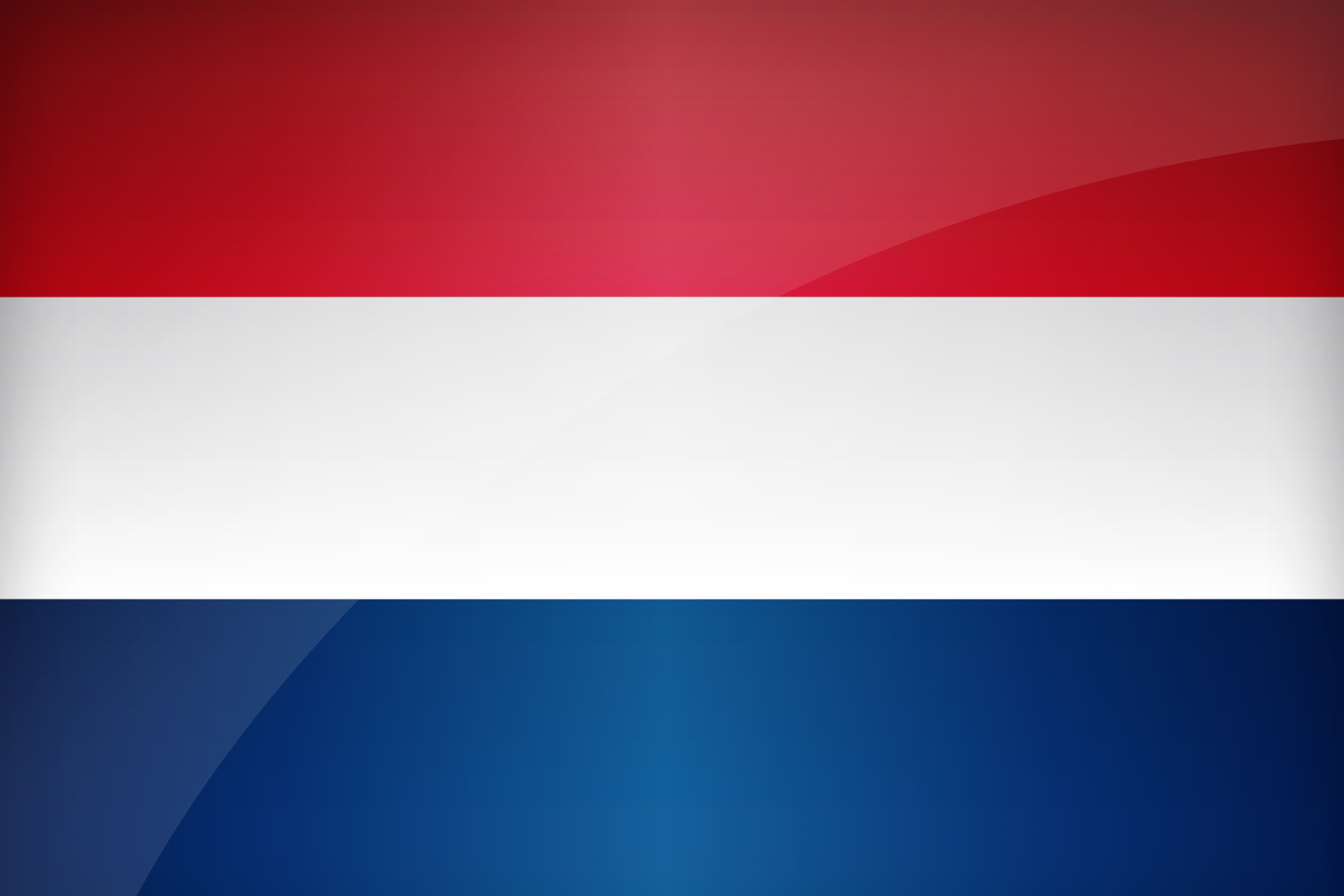 I will be doing two exclusive shows in The Netherlands in February to celebrate the release of my upcoming album Coming Home. Helmond and Zoetermeer has always held a special place for both me and Airbag and it’s always a pleasure to come back and meet everyone.

Coming Home will be available at both venues and we’ll perform solo material along with a handful of Airbag classics. Don’t miss out! 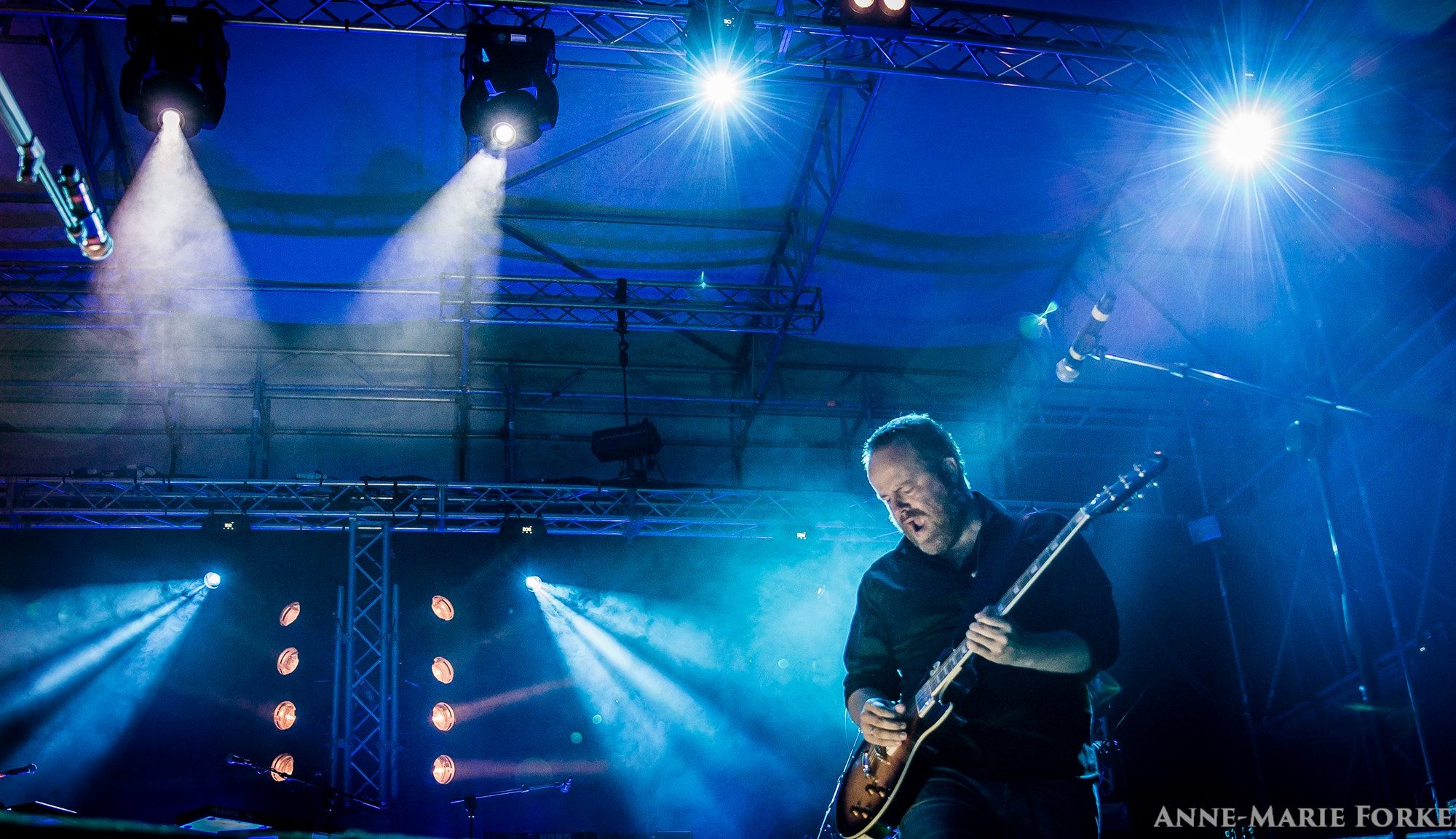 I’m excited to announce that we’ll be doing a show here in my home town Oslo at John Dee Saturday November 18th.

John Dee is a 350 seats club in the heart of town and it’s always great fun to play there, which we’ve done numerous times with both my band and Airbag.

We’ll be doing material from both Lullabies in a Car Crash and Forever Comes to an End as well as a handful of Airbag songs.

Oak will open the evening and I can promise a couple of very special guests! I hope to see you there!

See the tour page for a full list of live dates.

Here is the new official video for Where Are You Now from my latest album.

The beautiful video is shot in Skjomen, near Narvik in Northern Norway by Norwegian photographer Kjetil Karlsen, who also did the cover for the album.

Where Are You Now feature Henrik Fossum (Airbag) on drums, Simen Valldal Johannessen (Oak) on piano and Vegard Sleipnes on Solina. 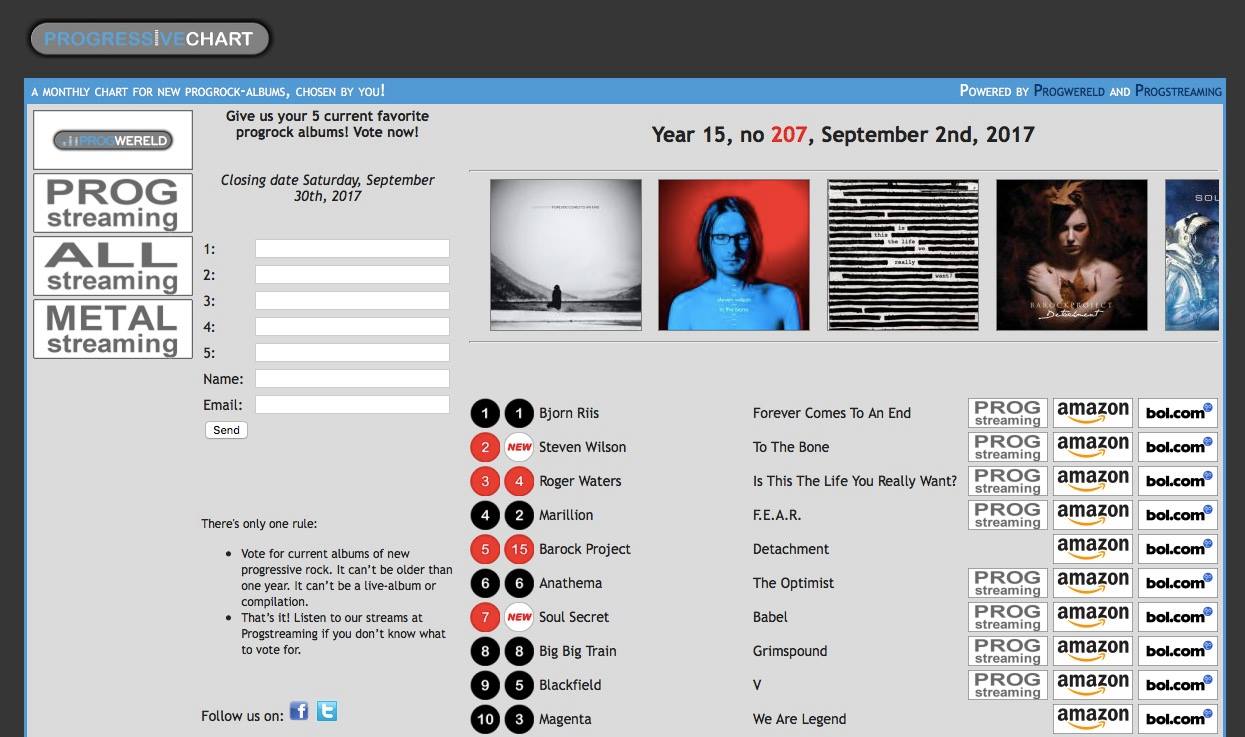 I’m so thrilled and proud to see my album at #1 on Progressive Chart for the second month in a row and ahead of so many awesome artists and bands, including two of my biggest influences, Steven Wilson and Roger Waters.

A huge thank you to everyone who voted and for supporting the album!

It is now possible to pre-order my new upcoming solo album, Forever Comes to an End. As an exclusive web site offer, all pre-orders will be signed personally by me!

Forever Comes to an End is available on limited edition digisleeve CD and a beautiful 180g vinyl, with uncoated reverse jacket.

Order your copy now in the shop!

Here’s a new short teaser from the album!

My new solo album, Forever Comes to an End is set for release May 19th on limited edition digi sleeve CD, 180g vinyl and digital download.

You will get the chance to pre-order the album here, on the site’s shop, from April 19th. All orders will be signed!

My new solo album, Forever Comes to an End is set for release May 19th on limited edition digi sleeve CD, 180g vinyl and digital download.

Exclusive pre-order will be up very soon here on the site.

My new solo album, the follow-up to Lullabies in a Car Crash (2014), is announced for 2017. In the coming weeks and months, I will take you through the process of making this album. From writing the songs, to recording and eventually releasing it to the world.

One question that I’m getting a lot is “why can’t we just hear it already!”. Why not? Well, there’s still lots to be done and it takes time.

We’re in the very final stages of mixing. All the songs are finished and I spend most evenings either in my home studio or at my engineer’s, mixing the songs. It’s sometimes a painstakingly long process but also a very enjoyable one.

We’ll go into the mixing stuff later but as I said, it’s a long process. Still, there is a deadline. Part because I need to deliver to my record label but it’s also a deadline I force upon myself. You never finish an album. You just have to draw a line and let it go.

The songs will be mastered in medio December. In case you don’t know, mixing is putting all the recorded tracks together, with effects and all, and making it work into a song. Mastering, is making that mix sound good on the different formats, like CD, vinyl, digital download etc.

Mastering usually takes somewhere between 1 day up to a couple of weeks, depending on how good the mastering engineer is and how picky you are at the receiving end.

Meanwhile, I’m working with Airbag’s vocalist and graphic designer, Asle Tostrup, to finish the artwork for my album. We hire photographers and come up with ideas and design for the front cover, booklets, labels etc. There’s also promo and marketing material. Everything, including the mastering of the album, should be finished around new year.

So, from there it should only take a couple of weeks right? Well, no. There are a number of reasons why you still have to wait a few months. I need to wait too!

When the large record companies needs to press 50k or 100k LPs, they come first in line. It’s great that there’s been a huge revival of the vinyl format but while no one wanted vinyl, all the old plants either shut down or, got rid of their old machines. Now everyone want’s to press vinyl but the plants can hardly keep up – which is why so few titles are reprinted these days. You better get that first edition!

Anyway, it takes time to press vinyl and CD and print the artwork. Also, before you even begin to press, you need to make sure that everything is OK. You get the test press. Making vinyl, in particular, is such an organic process and you really need to be hands-on. I want to do the proofing myself. Others have their producer do it for them. Once that’s got the thumbs up, hopefully by the first run-through, you tell the plant to start pressing.

While all of this is happening, we slowly start to promote the album. Now, you already know that I’m releasing the new album and some sites have picked up on it but, hey let’s be honest, I’m a small act. It’s not that all the magazines and web news rooms and whathaveyou are waiting for a new album from Bjorn Riis. Weird, right?

So, you got to start the process by slowly building on something. It’s strange, because we live in a world where everyone is easy to reach through all the social media. I mean, who reads magazines anymore? Well, that’s also the problem. It’s extremely hard to be noticed and to get the news out there when everyone is just browsing through today’s events on their phones.

You need to create a buzz. You need to get people talking and sharing. I’m, and Airbag, are lucky because we have such devoted fans all around the world and we know that word spreads fast because of you but nevertheless, it’s a long road to walk.

It’s also the case of reaching each market with the right impact within the right time frame. Sure, you can release and album digitally as soon as the master is finished but then you would spread everything too thin and people will have forgotten about the new release once the physical formats arrive months later.

So, the album is mixed, mastered, printed and the promoting is well under way. Then it’s distribution. Digital formats takes a few days, maybe a week, to be up on all platforms. Physical takes a lot longer.

Back in the 60s, 70s and even the 80s, an album got released in the US one month and in Europe weeks or months later. I know, because I could read in Metal Hammer or Kerrang magazine, when the new Kiss album was due but I still had to wait weeks before we got it here in Norway.

Now you can’t do that. People want the album the day of release. Social media has made the world a smaller place in some ways and while there is a financial aspect for some artists – you don’t want the album leaked while half the world is waiting for their copies – my concern is that I want everyone to hear it when it’s out. I don’t want you to have to wait and that means that we have to make sure all territories have their copies at the day of release.

So, where does that leave us? Well, you do the math but my point is,- as much as I want you all to hear my new album right away, there are lots of things to be done and we need to make sure it’s done properly.

I hope that made sense and that you got some insights on how it all works.