Airbag has released a 23mins video of the band performing four tracks in an acoustic session filmed and recorded in December 2020. Three tracks are taken from the bands latest album, A Day at the Beach, while the fourth is a previously unreleased song, Come on In, dating back to 2004.

Two more songs were recorded for a release on DVD, vinyl and CD later this year.

Airbag – A Day in the Studio was recorded and mixed at Subsonic Society in Oslo, Norway by Vegard Kleftås Sleipnes and filmed and edited by Eirik Stordrange. 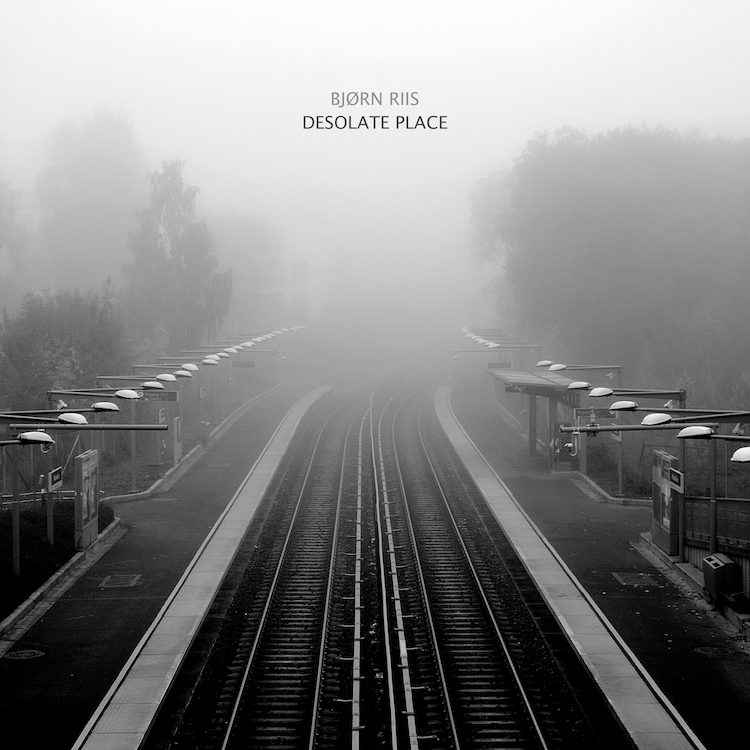 My new single, Desolate Place, is out now on stream and digital download. Inspired by the Covid-19 pandemic, the lyrics deals with the emotions we’re all going through, with social distancing, worry and not being able to live our lives the way we’re used to.

The song was written and recorded in my home recording studio a over a short weekend in September. It was a rewarding experience to be able to create something new and I wanted to release the track as a stand-alone single. Something I’ve never done before.

Together with long-time collaboartor Vegard Kleftås Sleipnes we came up with a dark and haunting atmosphere that was fitting for the theme of the song. The track is mixed by Vegard and mastered by Henning Bortne at Oslo Mastering.

Inspired by the lyrics, I shot the cover photo at a train station just minutes from where I live.

Stream or download Desolate Place here on your preferred platform. 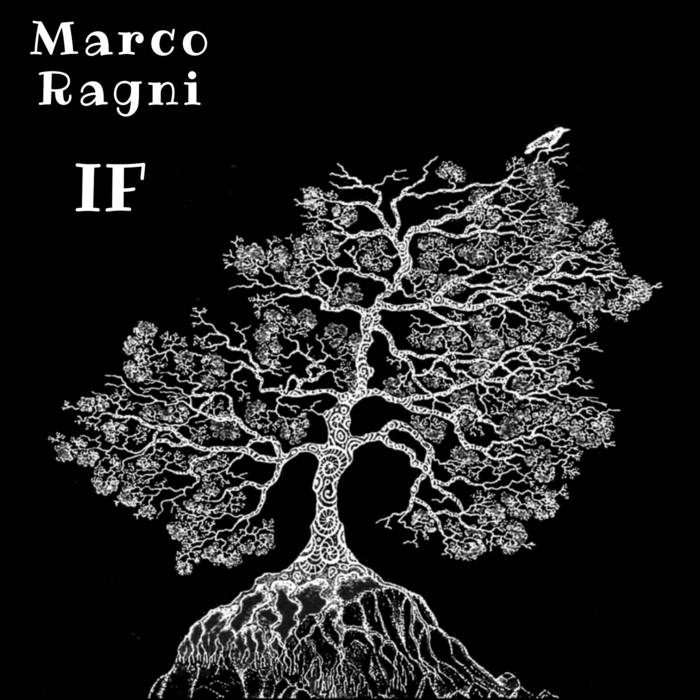 I’ve had the pleasure of contributing guitar on If, the new album from Italian singer/songwriter Marco Ragni. I’m featured on five of the songs – Tales of Ordinary Madness, Engulfed, If I Could Tell You, Carnival of Ghosts and The Kingdom Fails.

This is the second time I’ve played with Ragni. The first being on his 2019 release Oceans of Thought. 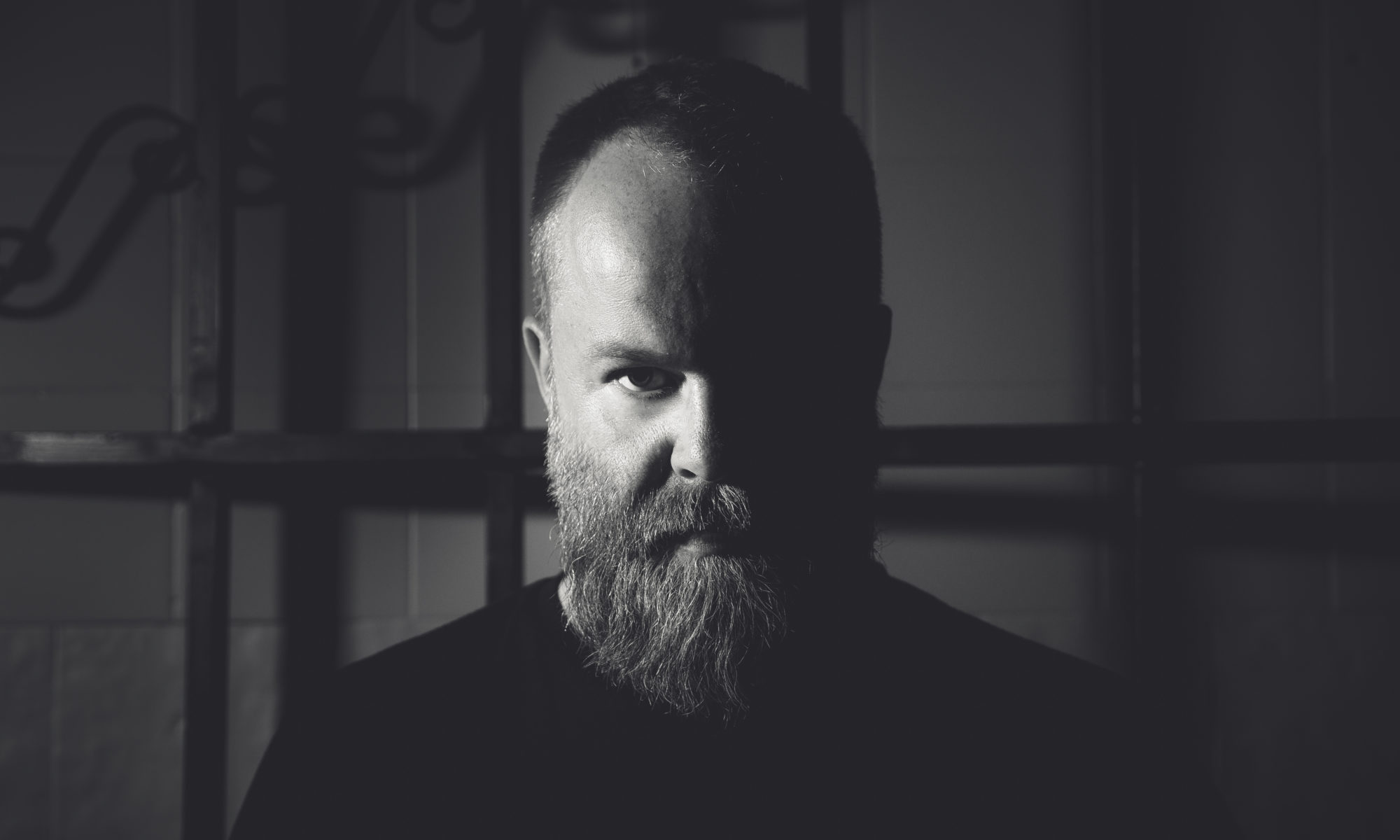 I’m super excited to announce that I’ve signed a new two-album record deal with Karisma Records! We’ve had some very positive and productive years together and I’m looking forward to further developing that relationship.

I’m also happy to announce that I’m starting the recording sessions for my fourth full-length solo album, and the follow-up to last years A Storm is Coming, this weekend! Follow the process this autumn and winter here and on all my social media channels.

Next year will also see the re-release of Lullabies in a Car Crash and Forever Comes to an End. Both on white 180g vinyl and with original artwork. More details to follow.

AND, there’s yet another surprise that I’ll reveal very soon! 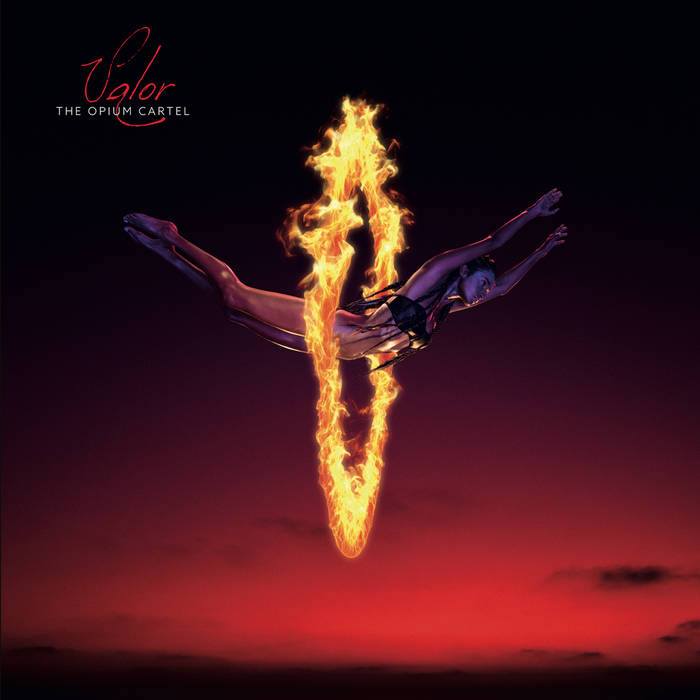 I’m very proud to be featured on Valor, the brand new album by The Opium Cartel and multi instrumentalist Jacob Holm-Lupo. I’m playing guitar on two tracks, A Maelstrom of Stars and A Question of Re-Entry.

Jacob Holm-Lupo is a founding member of Norwegian prog band White Willow and has been mastering albums for both me and Airbag. 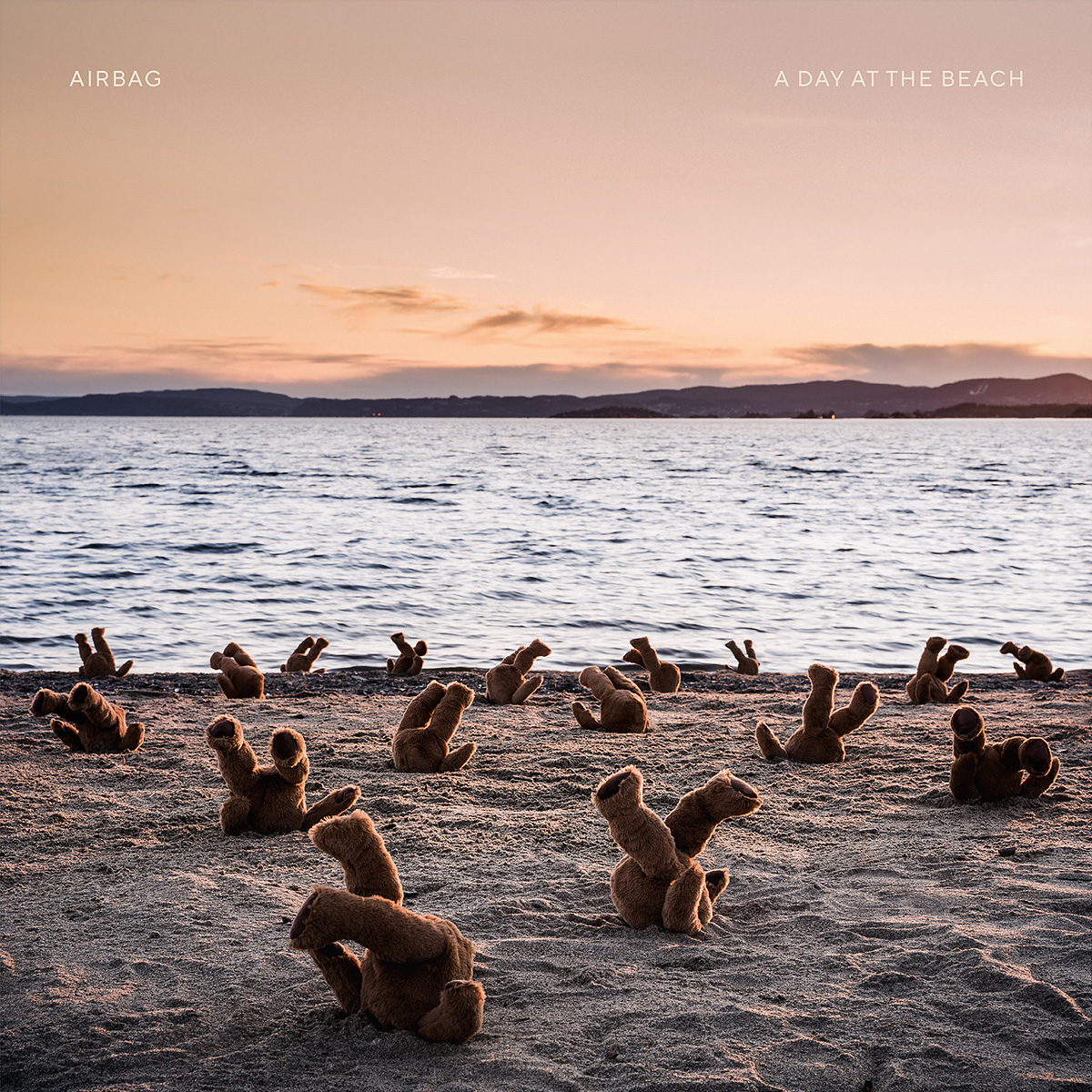 Signed copies of A Day at the Beach is now available exclusively from the official Airbag web shop airbagsound.com. The album is available on CD and limited edition 180g colour vinyl and standard 180g black vinyl.

We also have two new two new t-shirts for A Day at the Beach available in the shop!

The second single off the album, Sunsets, is now available on stream. Check it out here.

Machines an Men, the first single off the album, is still available on stream here.

Airbag’s new single, Machines and Men, is out now on stream! Click here and choose your platform.

The track is taken from the upcoming album, A Day at the Beach, which will be out on Karisma Records June 19. The album will be available on CD, two LP editions and download.

Machines and Men is mixed by long-time collaborator Vegard Kleftås Sleipnes and feature Kristian Hultgren from Wobbler on bass. 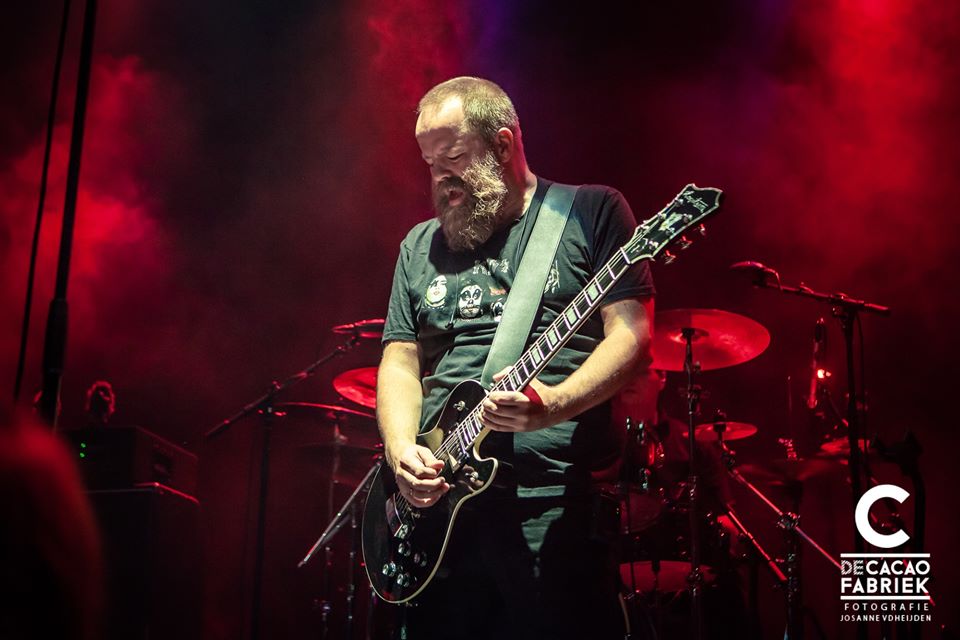 Dear friends! 2019 has been an amazing year in so many ways! With both Airbag and my solo project, I’ve had the chance to travel around the globe playing shows and meeting wonderfully devoted people.

Naturally, my proudest moment was the release of my third full-length album, A Storm is Coming.

To see my album turning up on your top lists of 2019 is quite a surreal experience!
Like most people, I’m working 40+ hours a week and I have a family. The few hours I have left, is spent trying to make music.

I read Steven Wilsons letter on Facebook the other day and as he’s done many times before, he’s talking about the (almost) lost art of making an album. I’ve been involved in the record industry since the late 90s and I’ve experienced the peaks and the lows. Things change as they’ve always done, with new generations and technology. Still, there’s something about the importance of music being an art form that shouldn’t be forgotten or dismissed.

I’m lucky. Like Wilson, I’m still in the position where I’m able to create an album and to have it released on multiple formats. Including vinyl.

The reason for this is that you still spend your hard earned money on physical formats. This is important because streaming alone won’t finance new music. Your support is vital and tremendously appreciated.

The internet changed the music industry and the way many artists make music, including me, but it has also allowed a whole new generation of musicians to reach a bigger audience and the listener to discover a lot more music.

I grew up in the 80s and I still remember buying vinyl and spending hours listening to the music and staring at the cover art. It was equally important.

As much as I appreciate that my daughter is experiencing music in a different way and, I’m sure, enjoys it as much as I, I still want her to have that experience of discovering music as an art form.

I can see her amazement when she’s studying the inner spread of the The Wall album cover and hearing all the sound effects and the powerful music. Or, the awe of the spread on Kiss’ Alive 2 and hearing all the guitars and bombs. It’s a complete experience.

And that’s what we’re trying to achieve. An experience.

Airbag will release a new album in 2020. It’s been a long journey from Disconnected. Along the way we’ve lost a couple of founding members but we’ve also found new inspiration and we’re working with some amazingly talented musicians.

We’re extremely proud of what we’ve accomplished. We’re thankful for your patience and we can’t wait for you to hear it!

We’ll also have the remaining vinyl reissues out. Including Identity, which celebrated its 10th anniversary this year. Imagine that! All Rights Removed saw a reissue on red vinyl earlier this year and it’s now being mentioned as one of the most important prog releases of the decade.

I’m working on new material too and there will be a new solo album eventually. I’m also playing guitar on a couple of tracks on the upcoming album from The Opium Cartel.

A lot of exciting stuff is happening in Norwegian prog this year. Keep an eye out for new albums from Oak, Wobbler and long-time Airbag/Riis/Oak guitarist Ole Michael Bjørndal.

My heartfelt thanks for your support! It really means the world to me!

Watch this brand new video for This House from my latest album, A Storm is Coming (Karisma Records 2019).

The song is written and produced by me, engineered by Vegard Kleftås Sleipnes and featuring Henrik Bergan Fossum on drums and Simen Valldal Johannessen (Oak – Official Fanpage) on piano.

This House was the last one to be written for the album. It sort of concludes the theme of a failing relationship and all the confusion and naive hopes one is left with. I wanted a very light production, with a bit of jazz influences, yet with a dark atmosphere to underline the lyrics.

A Storm is Coming is available on LP, CD and download.